AAUW Louisiana supports education and research at our Louisiana colleges and universities.

Endowments are permanent funds with the requirement that the principal is never spent. The balance in these funds is invested, earning income that is then spent to support charitable works in perpetuity.

Yes, you may still donate to completed endowments!

AAUW Louisiana has established several other AAUW endowments to fund “research and projects” or “international fellowship” each named to honor an outstanding state member. An endowment requires that the principal remain intact in perpetuity, or for a defined period of time or until sufficient assets have been accumulated to achieve a designated purpose.

Campus Action Project 2008-2009:
“Where the Girls Are: Promoting Equity for All Women and Girls” 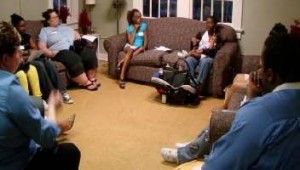 Campus Action Project: The LSU Women’s Center was awarded a grant from the national office of AAUW as part of the 2008–09 Campus Action Project (CAP) titled “Where the Girls Are: Promoting Equity for All Women and Girls.” The LSU project named “WE>START” worked with single mothers from old South Baton Rouge who are interested in going back to college.

Mary Linda Francis acted as the liaison between LSU, the Baton Rouge branch and state organizations.

Visit the AAUW national web site for information about AAUW’s nation-wide project: “Where The Girls Are”.

LSU Won AAUW Grant related to the research on sexual harassment. AAUW developed a program of small grants to campus groups, “Building a Harassment-Free Campus”. One of these $5000 grants went to the Women’s Center at LSU who administered a survey to assess their campus climate and gather information on student experiences with sexual harassment. There was also a follow-up project at LSU – training for staff and students about what constitutes harassment.